Legend of MAUI – The story of the Demi God

You have not selected any car...

You can contact us by phone or email show below:

Legend of MAUI – The story of the Demi God

Half man, half God: Maui had four brothers, all of whom were impressive fishermen. Maui, on the other hand, was not great at fishing but wanted to try and prove his brothers wrong. One morning, Maui asked to go fishing with his brothers. Though reluctant, they allowed it. Maui had a magic fish hook, which he cast deep into the water while at sea. It felt like his hook had gotten stuck on something and he could not bring it back up.
He felt the pressure weighing on him from his brothers to catch a big fish, so Maui told them to keep paddling and not look back. The brothers kept paddling and paddling, Maui continued to tell them to not look back until finally, curiosity won the brothers over. When they looked back, all of the Hawaiian Islands had been pulled up from the bottom of the ocean. The eight Hawaiian Islands Maui captured were Hawai’i, Maui, Kaho’olawe, Lana’i, Moloka’i, O’ahu, Kaua’i, and Ni’ihau. 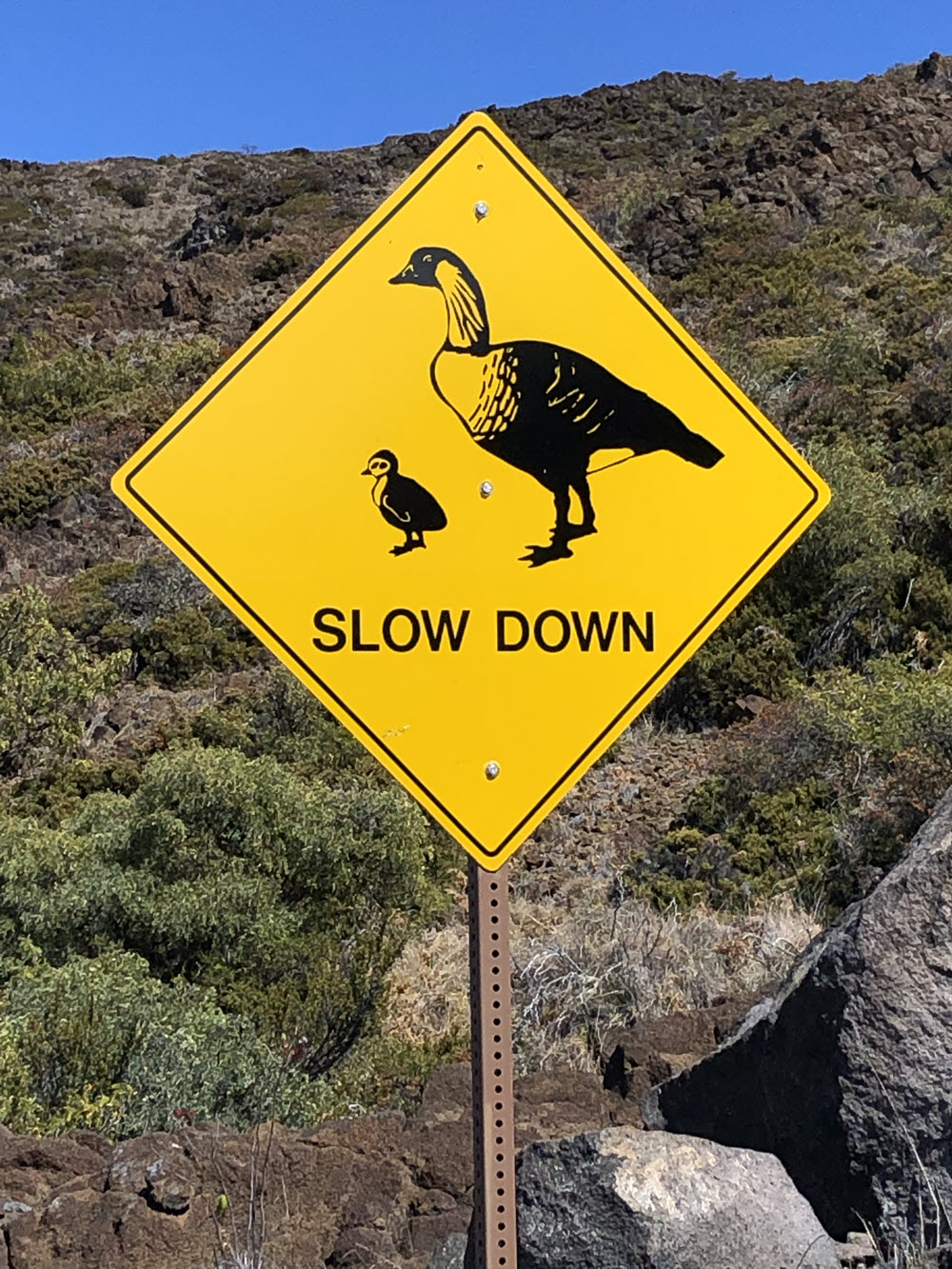 The nene, also known as nēnē and Hawaiian goose, is a species of bird endemic to the Hawaiian Islands. The official bird of the state of Hawaiʻi, the nene is exclusively found in the wild on the islands of Oahu, Maui, Kauaʻi, Molokai, and Hawaiʻi.

Maui Captures the Sun
Maui’s mother, Hina, was a very hard worker. She would work all day preparing food and making clothes, but there wasn’t enough sunlight to finish all of her tasks. She had many kapa cloths to make. Kapa was a type of native cloth made by pounding the fine bark of certain trees with wooden mallets until the bark had turned into a sort of pulp. She then had to pound the pulp into sheets, which needed to dry in the sun for a long time, but each day was too short as the sun sank into the underworld eagerly.
Maui became brave, and promised his mother he would capture the sun, and bargain with the sun to slow down and make the days longer. To do this, he needed a strong rope and lasso, which is mother and grandmother provided for him. After studying the ways of the sun, Maui climbed to the top of Haleakalā (house of the rising sun), and lassoed the sun. The sun was caught and could not hurry across the sky. After conversing for a while, the sun agreed to stay in the sky longer for Maui’s mother and for other Hawaiians who needed to complete their tasks during the day. 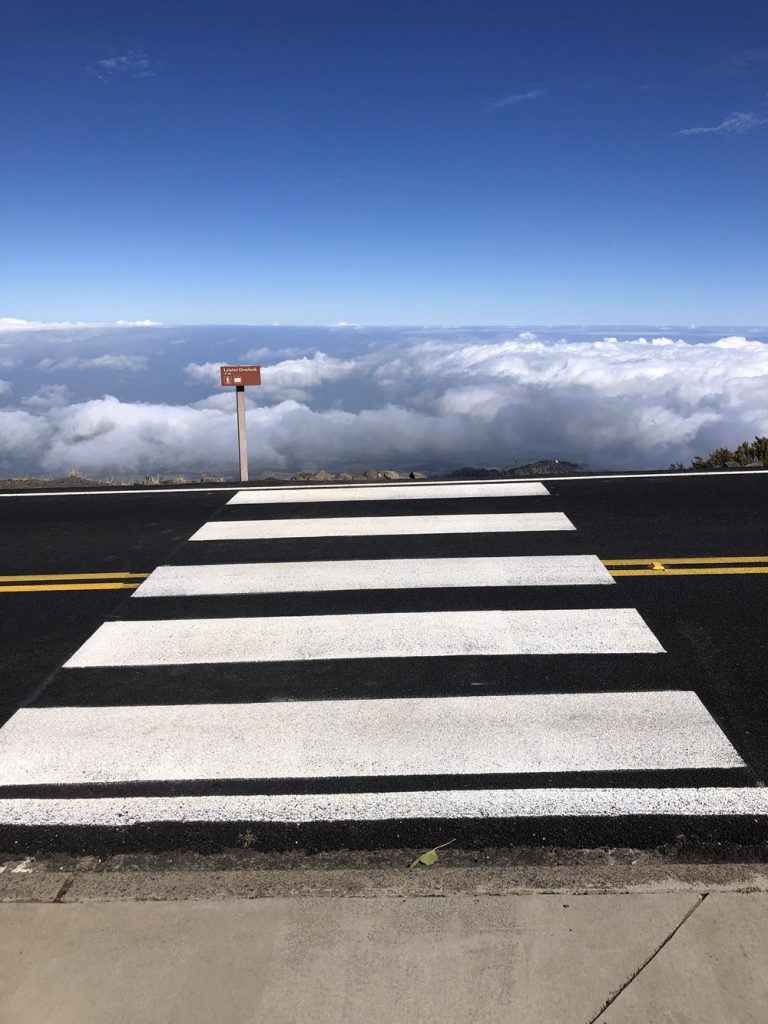 Crosswalk to heaven… on the road to the crater

And this is where we go in our first log…Haleakala – the house of the rising sun. Our favorite place on the beautiful island of Maui. Did you know, that: Haleakala is estimated to be around 1 million years old. The summit tops out at 10,023 ft and if measured from its base on the ocean floor the summit Haleakala volcano is approximately 30,000 ft tall! Along with Mauna Loa and Mauna Kea volcanoes on the Big Island, these volcanoes comprise the three tallest mountains on earth!
The crater of Haleakala is large enough to fit the entire island of Manhattan.
According to acoustic ecologist Gordon Hempton, there is no place on Earth without any human sound ever. Also Antarctica or the North Pole are not quiet all the time, because even there you’ll hear planes cross over from time to time, but he included Haleakala crater in to his list of last quiet places on Earth, and according to PBS Hawaii “the massive crater located at its summit carries the unique distinction of being “the quietest place on Earth.” 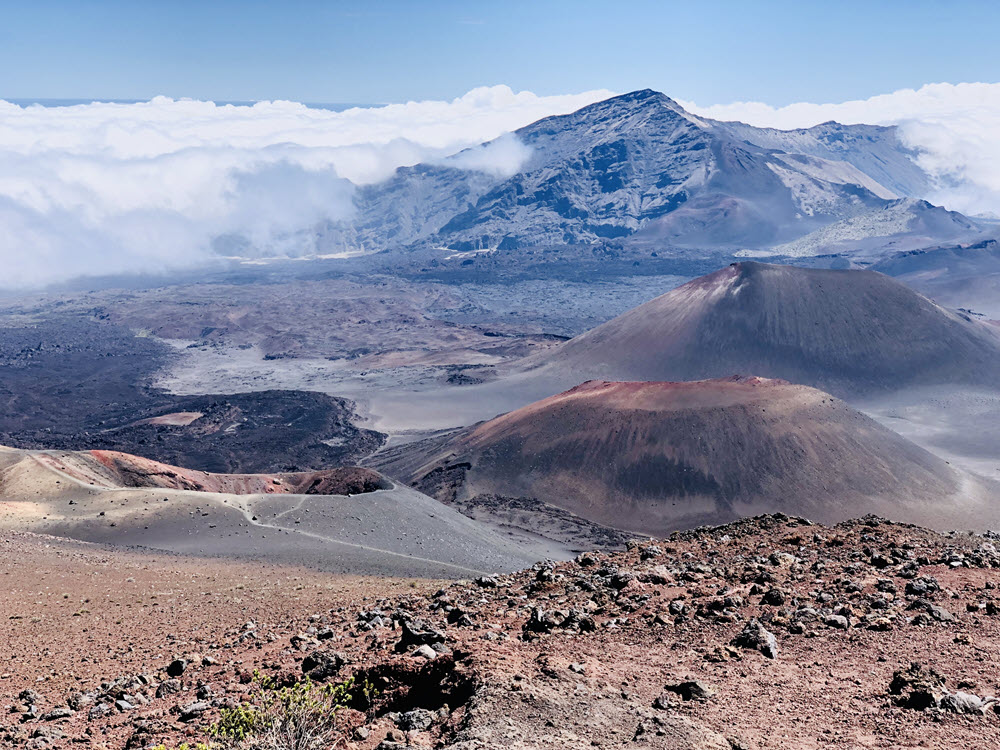 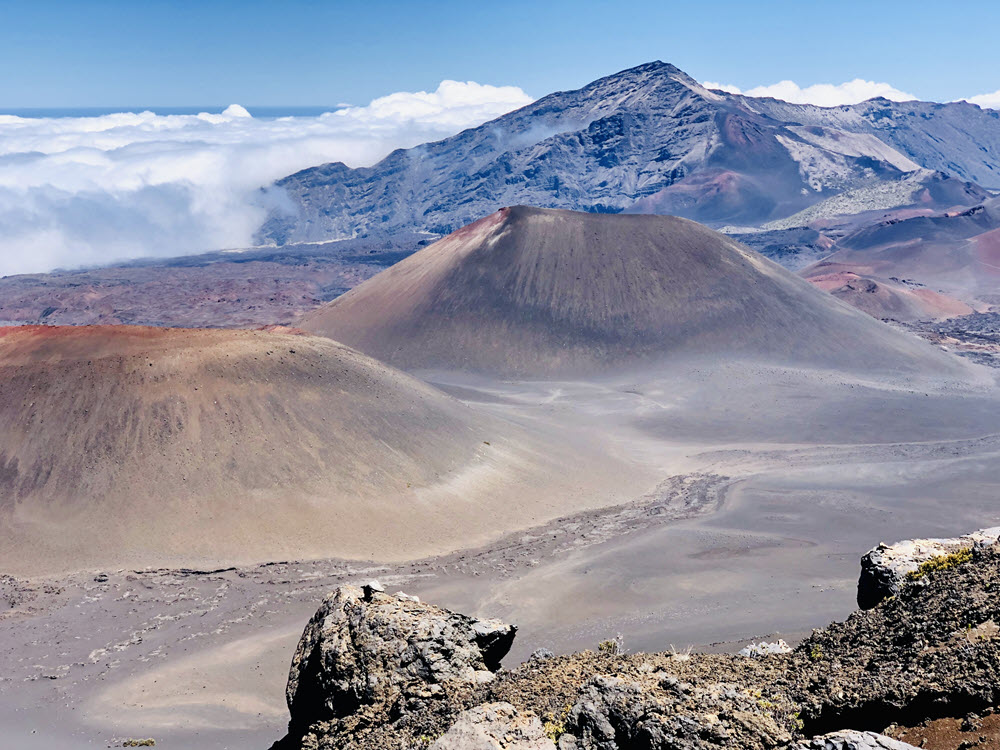 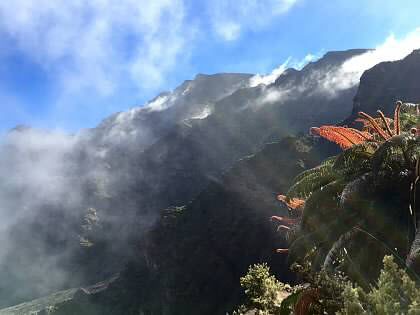 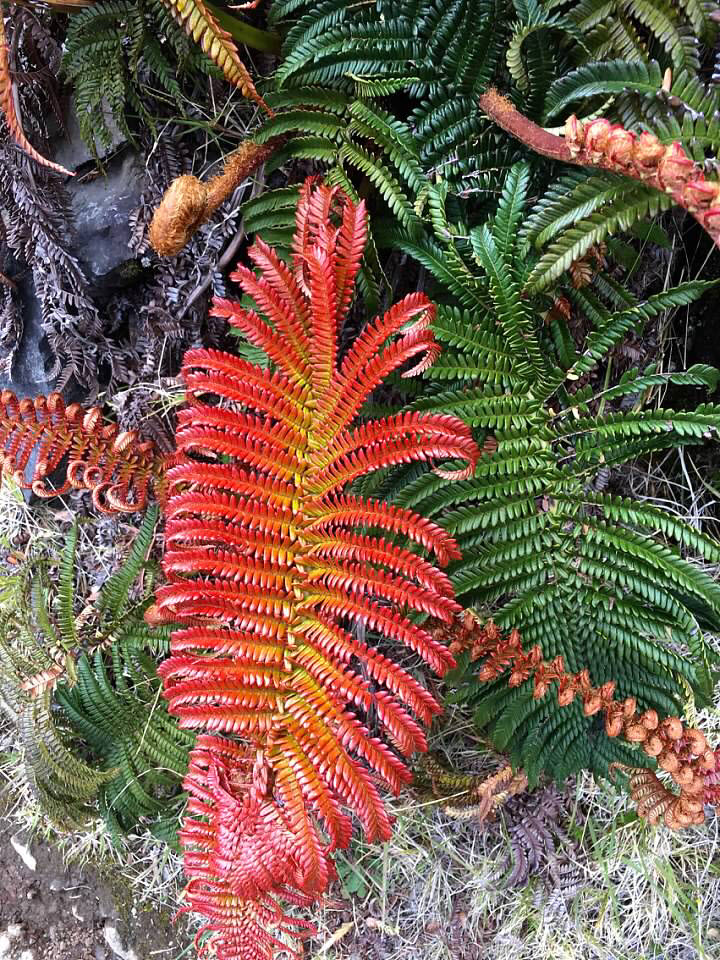 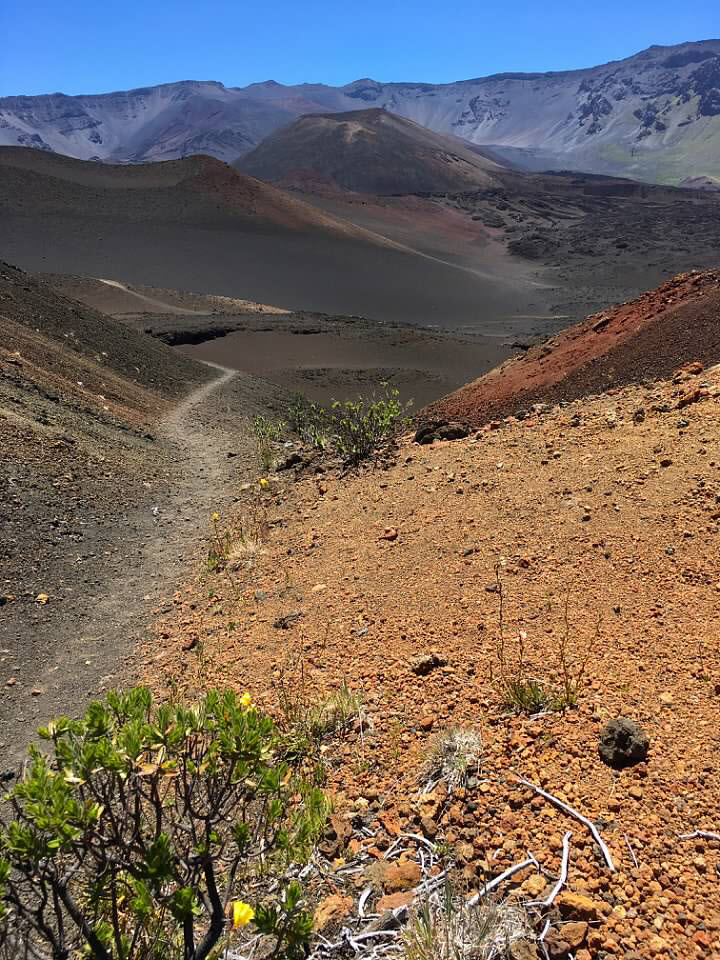 Hiking in the crater
The summit area of Haleakalā National Park has over 30 miles (48 km) of hiking trails. Trails range from just 10 minutes to multi-day overnight trips. You can hike in the native shrubland, looking for native forest birds and endemic plants, or in the aeolian cinder desert, exploring the geologic history of the volcano.
https://www.nps.gov/hale/planyourvisit/hiking.htm
Before you decide on the hike, make sure, you are checking the weather forecast! Yes, you are on Maui, but you would be surprised how fast the weather can change up in the summit and how cold it can get (especially during winter months!!!!)
If you are morning bird, you might like to go for Haleakala sunrise (alert!!!!)
You must book an advance reservation for each vehicle entering the park from 3:00 a.m. to 7:00 a.m. Please book one Summit Sunrise reservation per vehicle. The park does not offer first-come, first-served reservations for the Summit Sunrise. https://www.recreation.gov/ticket/facility/253731 (Alert!!!! Remember, the summit’s elevation is over 10,000ft and you want to make sure, you have plenty warm clothes and layers to put on!) (speaking from our very own experiences!!!)
Haleakala summit is our “island in the sky” when you go to visit, please, be respectful to the land (aina) and to each other. Make sure, you leave it better than you found it!!!!! 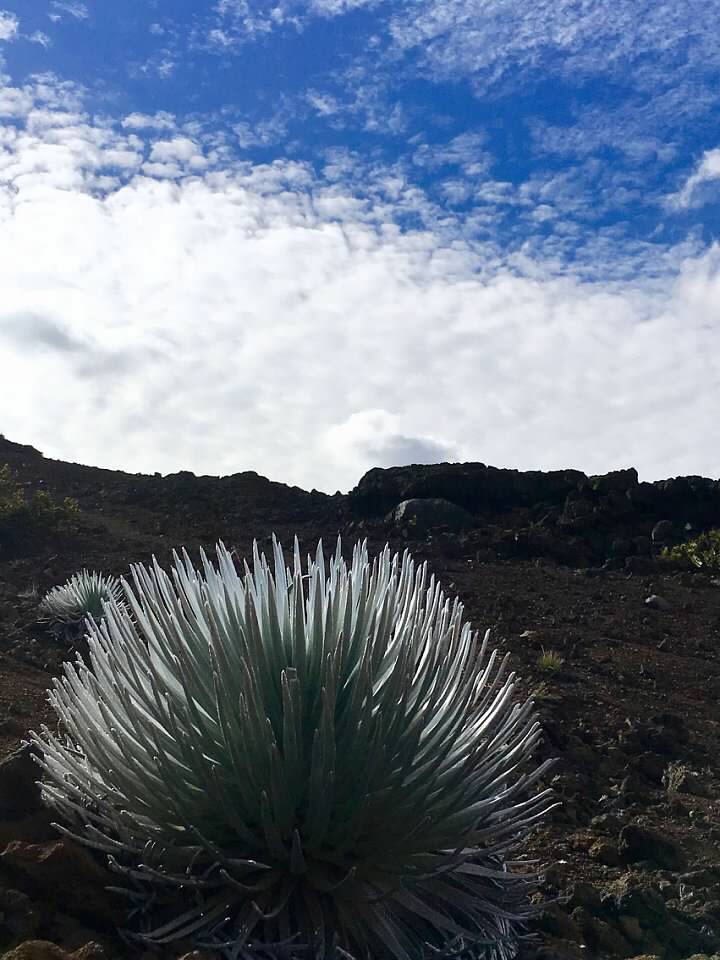 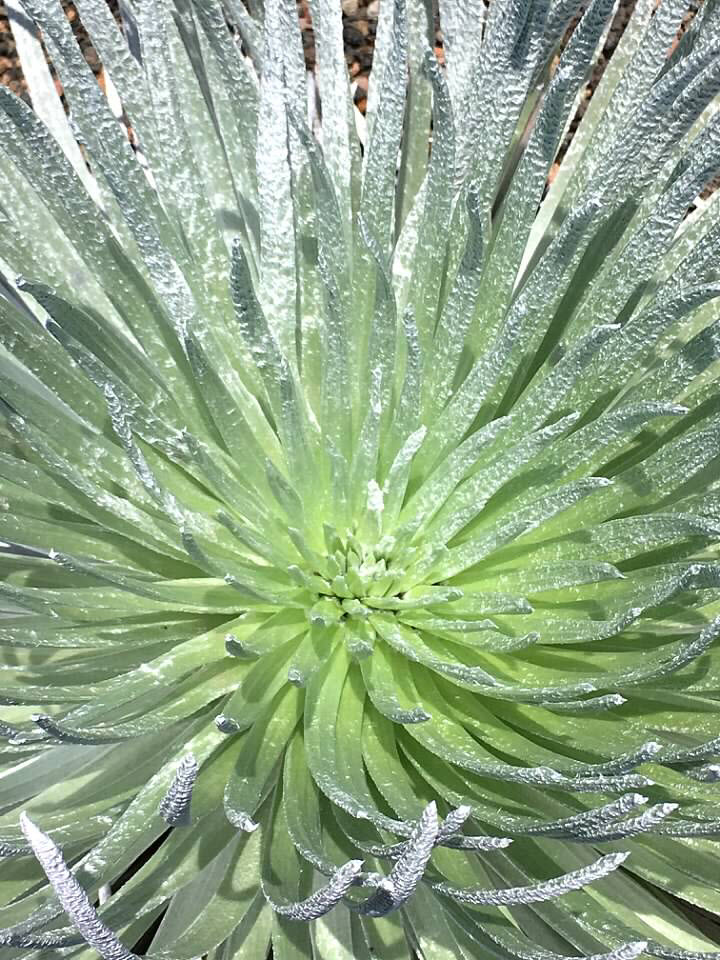 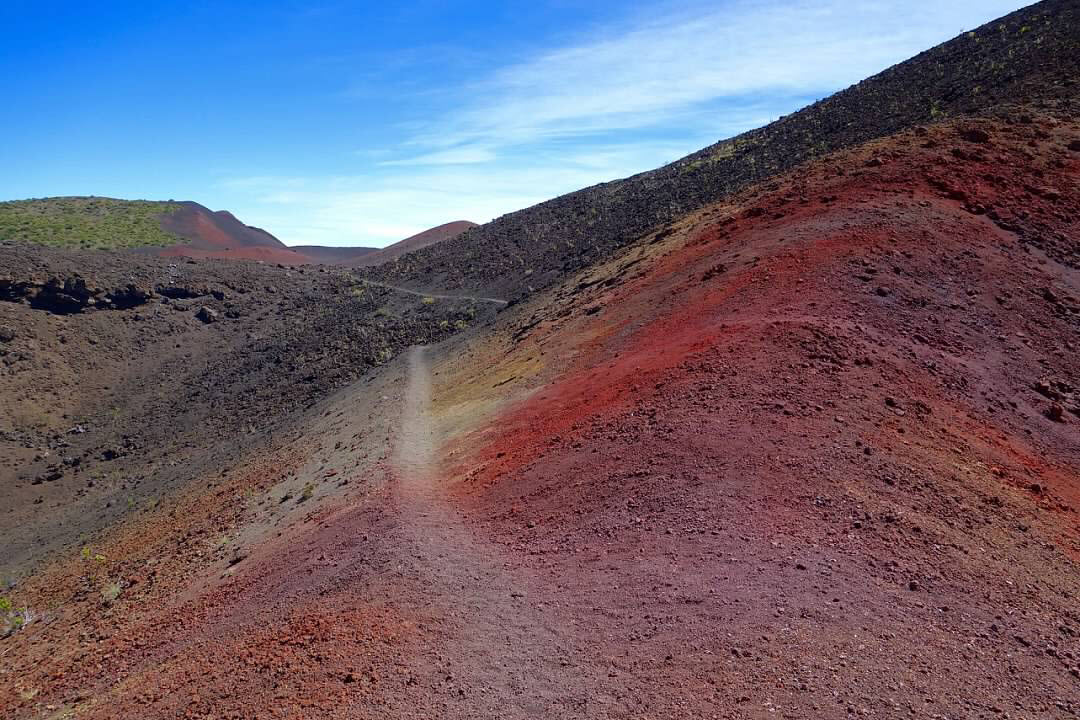 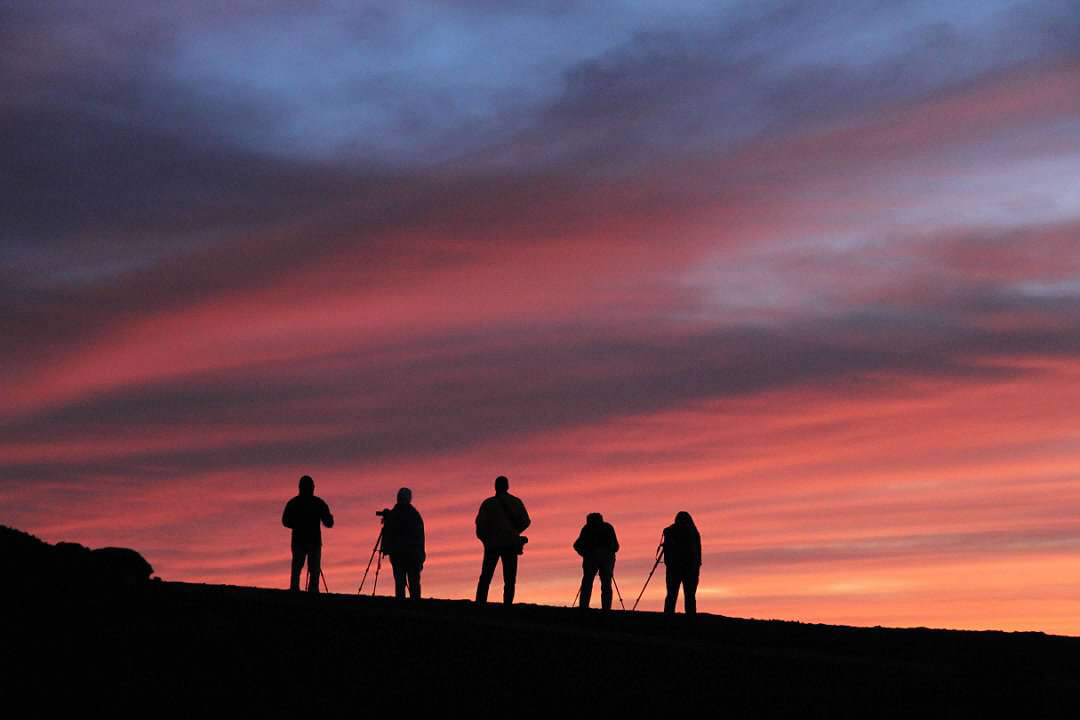 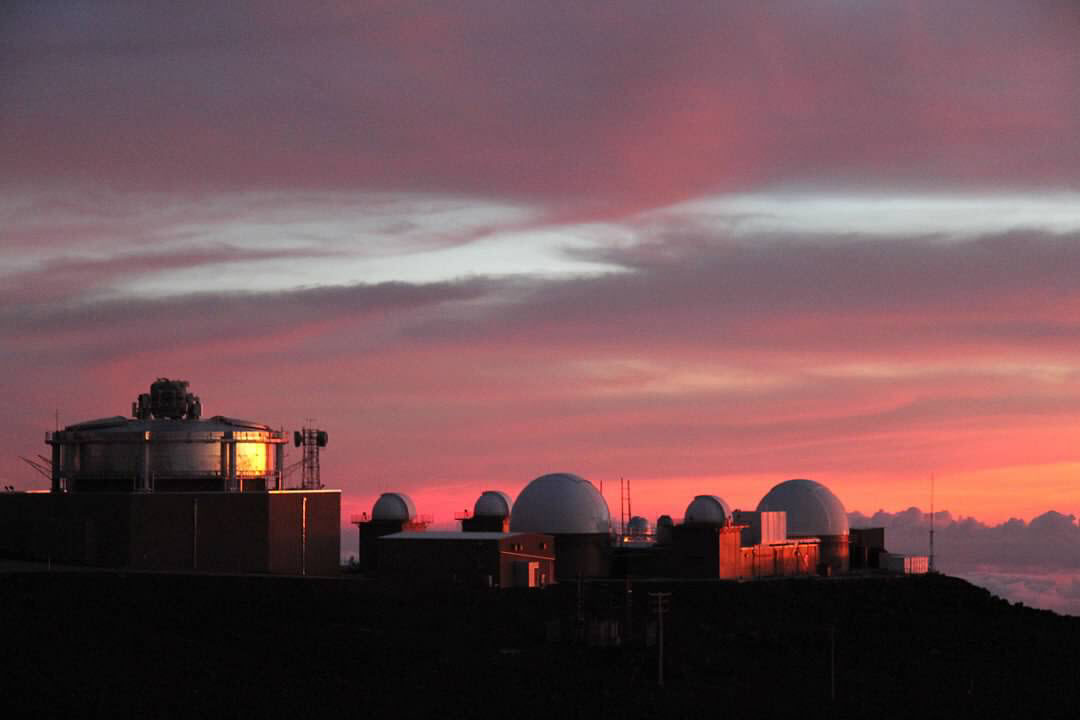 Sunset at the summit – observatory 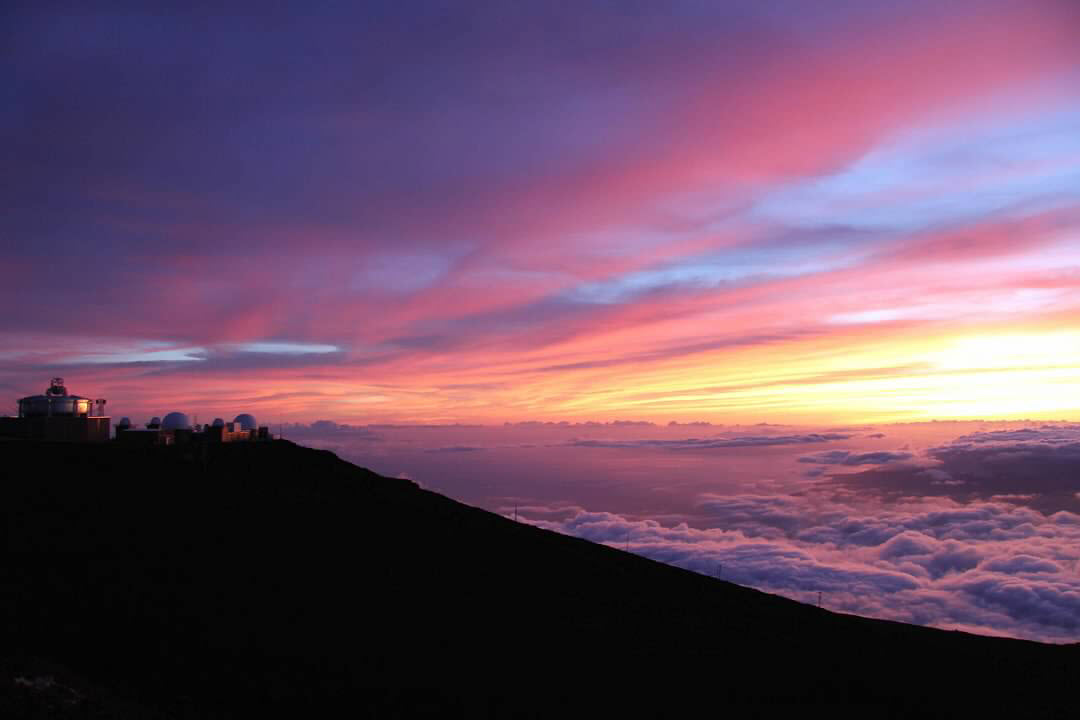 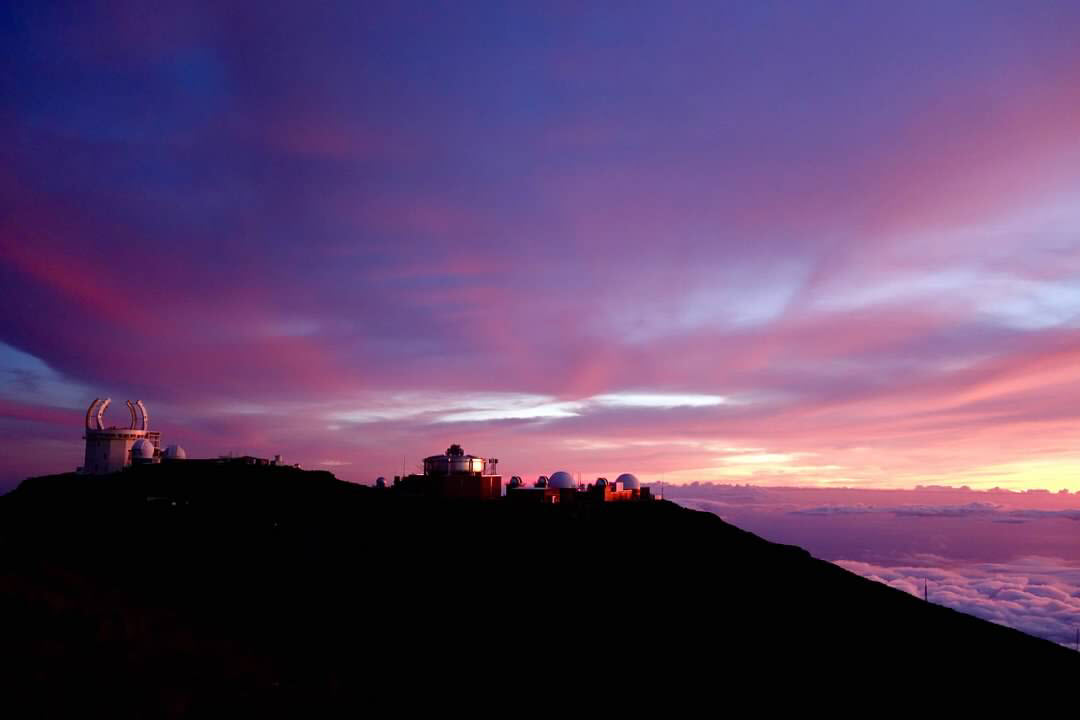 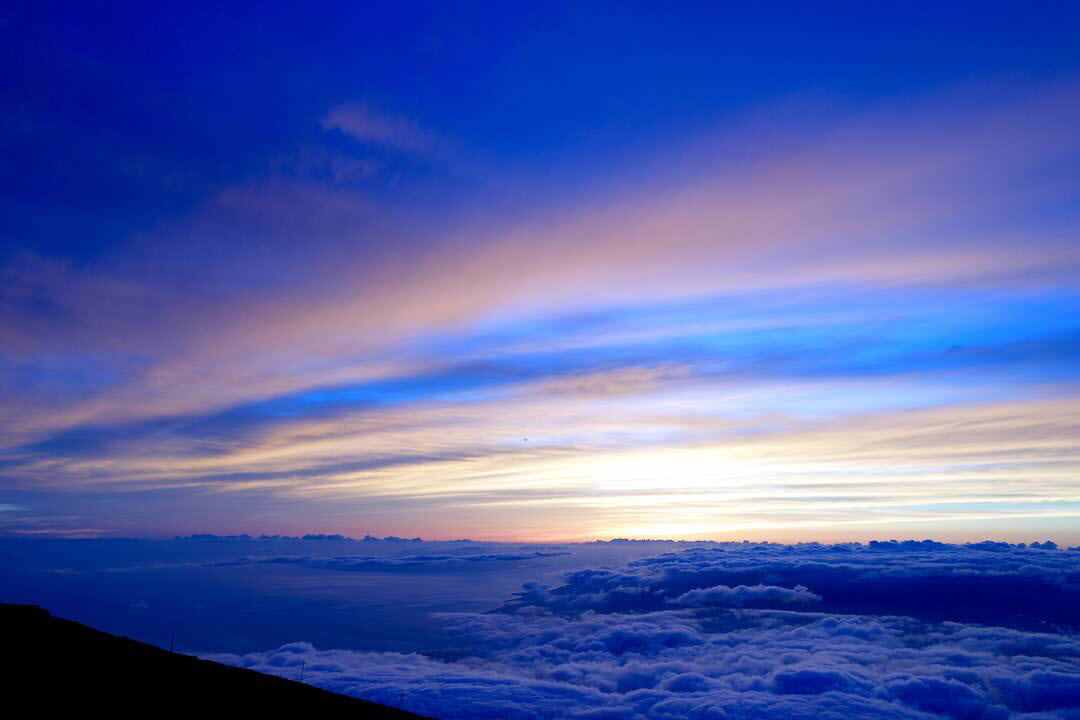 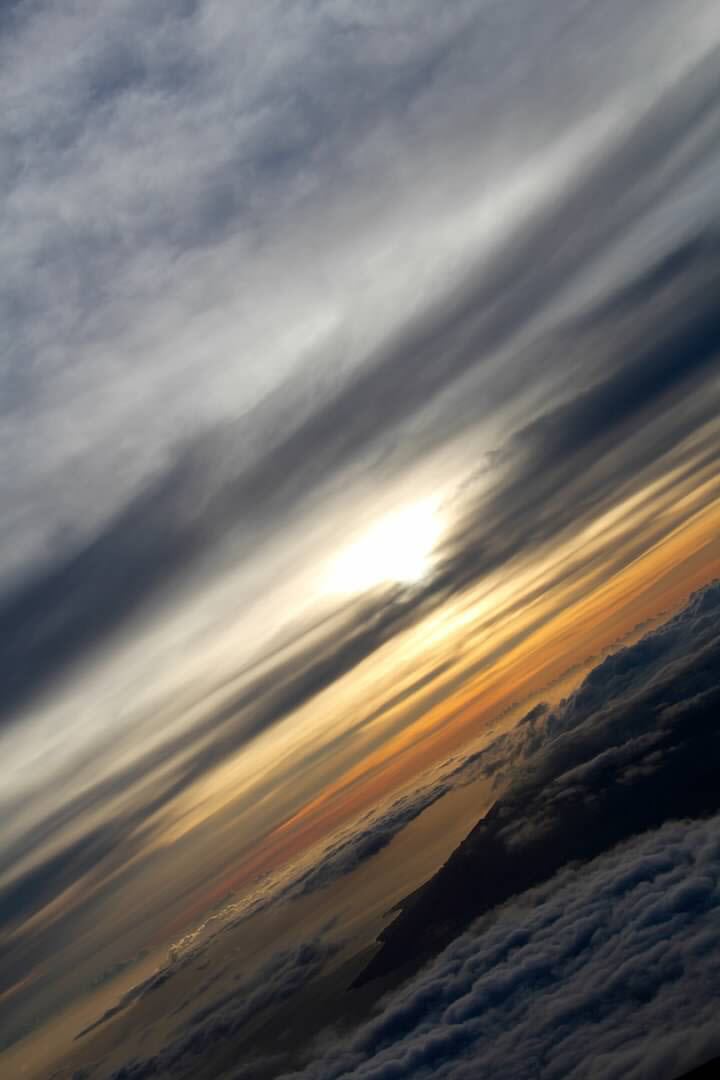 Thank you, Conny, for the great blog post review about your vacation using a Camper Van from Rent for Less Maui. We strive to provide the best service for our customers, and it is truly a unique experience. Like Conny
22
Oct
By Rudy Becker | 0 0

Where to Camp in Maui

Maui – everyone’s dream vacation destination… and it’s no wonder. We have it all- miles and miles of beautiful beaches with your choice of colors of sand, volcanic mountains with breathtaking sunsets, rainforest ...